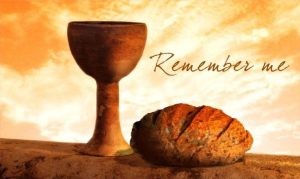 At Easter time in the UK we have two bank holidays (public holidays):

This means that many families can enjoy a long weekend together.

Next year Easter will fall on Sunday 21st April 2019

If you haven’t taken the Christmas decorations down already, you may be asked to help to do this on 6th January

The presents have been opened, the puddings eaten and lots of carols sung – and now it feels like Christmas has been and gone for another year.

But 6 January marks an important date for many people in the Christmas calendar.

That is because it is the date of something called Epiphany.

Epiphany – also known as Three Kings’ Day – is a Christian festival, which starts on 6 January.

It is a special date in the Christmas story as it’s when people celebrate how a star led the Magi – also known as the Three kings or the Wise Men – to visit the baby Jesus after he had been born.

‘Epiphany’ comes from the Greek word meaning ‘to reveal’, as it is when the baby Jesus was ‘revealed’ to the world.

This is why you might hear people say they’ve had an epiphany, when they’ve just realised something.

In some countries many families will take off 6 January and exchange presents. In Spain and Latin America, El Dia de los Reyes is just as important as Christmas Day itself.

A bit like how you might leave a carrot and mince pie out on Christmas Eve, the night before El Día de los Reyes, children leave out drinks for the Three Kings and there are parades and fireworks displays to mark the occasion.

What is Twelfth Night?

The date of Epiphany also happens around the time for Twelfth Night too.

But the date of it is a little bit confusing. It can fall on 5 January or 6 January, according to different traditions.

If the 12 nights are counted from Christmas Day night itself, it falls on 5 January. Anglicans mark Twelfth Night on 5 January.

But some other churches count it from the following day, which means Twelfth Night falls on 6 January.

If you haven’t taken the Christmas decorations down already, you may be asked to help to do this on 6t

Even if you are not at all religious, Twelfth Night is important to a lot of people as all of the Christmas decorations must come down by the time the clock strikes midnight at the end of the day.

Christmas is celebrated on the 25 December (7 January for Orthodox Christians).

Christmas is a Christian holy day that marks the birth of Jesus who Christians believe to be the Son of God. 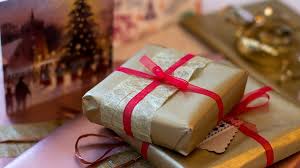 Advent is the period which leads up to Christmas. It starts on the Sunday nearest to November 30th.

Many Advent customs involve counting the days until Christmas begins.

Some churches have an advent wreath with five candles, one for each of the four Sundays leading up to Christmas Day and one for the day itself.

The full story of Jesus’ birth and the events surrounding it can be found in the Bible in the book of Matthew, Chapters 1 and 2, with a slightly different account in Luke, Chapters 1 and 2.

‘Nativity’ is the word often used for the story of Jesus’ birth. Both gospel accounts are used to piece the story together. This is a summary of the nativity story:

Jesus was born in Bethlehem because Joseph and Mary had gone there to take part in a census as this was. Joseph’s home town.

Church services often include carol singing – these are happy songs which tell the Christmas story.

The celebration of Christmas is often accompanied by the giving and receiving of presents and cards. This reminds Christians of the gift of Jesus, the son of God, beginning his earthly life.

Where does the word Christmas come from? It does not seem to be mentioned in the Bible.

It comes from the words ‘Christ’ and ‘mass’. ‘Christ’ means ‘the chosen one’ in Greek, and is used by Christians to describe Jesus as they believe he was chosen to be God’s son. As for the ‘-mas’ part, this refers to the ‘mass’ or church service held to thank God for the birth of Christ. The full story of Jesus’ birth and the events surrounding it can be found in the Bible in the book of Matthew, Chapters 1 and 2, with a slightly different account in Luke, Chapters 1 and 2.

Why did the wise men bring Jesus those unusual gifts?

Although they are sometimes called kings, the Bible tells us they were actually just wise men. There is no record of how many of them there were, but tradition has it that there were only three because of the three gifts mentioned. The early church saw each of the gifts as representing different aspects of Jesus’ character: the gold pointed to his royalty, the incense to his divine nature, while the myrrh hinted at his death to come as myrrh was essential for embalming dead bodies.

Why did King Herod want to kill Jesus?

Like many rulers of that era, Herod was ruthless and power hungry. He would stop at nothing. Previously, he had murdered his wife, his three sons and his uncle, as well as countless other people. Jesus was a threat to him so killing many infants in order to get rid of Jesus was not an obstacle for Herod.